CTA is governed by a Board of Directors who are responsible for the strategic direction of the organisation, the Corporate Governance and the management of the Chief Executive Officer. The Board comprises eight members, five of whom are nominated by the member institutions, and three who are independently appointed by the Board.

Associate Professor Jayesh Desai is the current Board Chairperson, overseeing the management and strategic direction of CTA.

Board members bring a mix of skills required to contribute to the strategic direction of an organisation acting as a service provider in the field of clinical trial management.

Jayesh has extensive experience in translational research applied to early drug development, particularly in sarcomas and in colorectal cancer. He heads the Phase I/Early Drug Development program, is Deputy-Director of the Parkville Cancer Clinical Trials Unit (PCCTU), leads Peter Mac’s efforts in its formal engagements with Industry Alliances and Partnerships and has recently been appointed as the Associate Director Clinical Research at Peter MacCallum Cancer Centre.

Jayesh has been the Chair of the Cancer Trials Australia (CTA) Phase I Drug Development Program for a number of years, and has been Principal Investigator on 30 clinical trials over the last 5 years including 25 Phase I and 1st in human trials. These have been both investigator initiated, as well as collaborative trials with Pharma and Biotechs, across a broad array of agents including kinase inhibitors and novel immuno-oncology agents/combinations. He has authored/co-authored approximately 130 publications in journals including the New England Journal of Medicine, Nature, The Lancet and the Journal of Clinical Oncology.

Prof Mark Shackleton is the Director of Oncology at Alfred Health, a Professor of Oncology at Monash University, a Victorian Cancer Agency Clinical Research Fellow, Chair of the Australian and New Zealand Melanoma Trials Group and Head of the Cancer Development and Treatment Laboratory at the Monash Central Clinical School at Alfred. After training in medical oncology and at the Ludwig Institute in Melbourne, Dr. Shackleton undertook PhD studies at the Walter and Eliza Hall Institute of Medical Research and post-doctoral work at the University of Michigan, USA. He was awarded the 2006 Victorian Premier’s Award for Medical Research, a 2010 NHMRC Achievement Award, a 2011 Pfizer Australia Fellowship, and in 2012 was awarded the Australian Science Minister’s Prize for Life Scientist of the Year. His laboratory focuses on understanding mechanisms of cancer initiation and propagation.

Dr Zee Wan Wong commenced her role as the Head of Oncology Unit at Peninsula Health in mid- August 2017. She also holds a joint appointment as Adjunct Clinical Associate Professor with Monash University. Zee Wan is a member of the Monash Comprehensive Cancer Consortium Governance as well as the Cancer and Blood Disease Executive Committees. From July 2018, she will be appointed as Joint Clinical Director of Southern Melbourne Integrated Cancer Services (SMICS). She is currently a Clinical Advisor for Cancer Council Victoria Clinical Network and Senior Lecturer at the Department of Rural Health, University of Melbourne Medical School.

Zee Wan obtained her postgraduate medical qualifications at the Royal College of Physicians in the United Kingdom (Edinburgh) before completing her Medical Oncology fellowship in the United States of America in 2003. Thereafter, she was a Senior Consultant Medical Oncologist at the National Cancer Centre, Singapore. She obtained her Medical Oncology Fellowship with the Royal Australasian College of Physicians in 2013 when she came to Australia. More recently, she completed a Specialist Certificate in Clinical Leadership at The University of Melbourne in 2017.

Previously, Zee Wan was the founding Clinical Director of Oncology Unit at Goulburn Valley Health in Shepparton from 2012 to 2017 as well as the Clinical Director of West Hume Regional Integrated Cancer Services. Her team set up the Oncology Clinical Trial unit within GV Health where they have become a CTA member site and run multiple oncology clinical trials including international phase III studies now through the Velos platform supported by CTA. She was the lead applicant for the Victorian Lung Cancer Redesign Project where Hume was one of two regional sites in Victoria to have been awarded. Zee Wan was also the co-applicant for the Victorian Regional Cancer Clinical Trials Network project awarded by Cancer Council Victoria. In addition, she was the principal investigator for various oncology clinical trials and had actively represented Regional Victoria in several cancer improvement initiatives. She regularly lectures at the Living with Cancer and Cancer Survivorship workshops.

Peninsula Health has been awarded with the Victorian Cancer Survivorship Grant this year where Zee Wan is the lead applicant. She is a member of the AGITG Lower GI Working Party as well as the Prostate Cancer Subcommittee of ANZUP. Furthermore, she also holds memberships with ASCO, ESMO, MOGA, COSA, BCT, ALTG and ANZGOG. She has numerous peer-reviewed publications and presented at national as well as international oncology conferences. 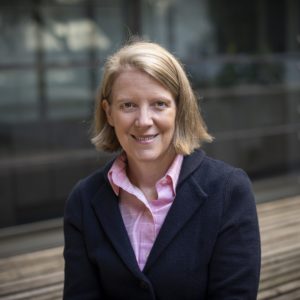 Professor Clare Scott holds the Chair in Gynaecological Cancer at the University of Melbourne and is Joint Division Head of Clinical Translation and a Laboratory Head at the Walter and Eliza Hall Institute of Medical Research and Medical Oncologist at the Peter MacCallum Cancer Centre, Royal Women’s and Royal Melbourne Hospitals. She has 25 years’ experience in clinical cancer genetics, including working in Familial Cancer Clinics. Her clinical expertise is in gynaecological cancers and coordinating care for patients with rare cancers. Her laboratory focuses on drug resistance in ovarian cancer and other rare cancer types, generating patient-specific models to understand and avert resistance to targeted therapeutics. In particular, she has been a leader in developing PARP inhibitor therapy for ovarian cancer, which has resulted in unprecedented efficacy. She has 119 career publications with an H-Index of 54.

Professor Scott chairs the COSA Rare Cancer group and the Board of the International Rare Cancer Initiative (IRCI) and has been awarded Clinical Fellowships from the Victorian Cancer Agency (2011, 2017), the Sir Edward Dunlop Cancer Research Fellowship from the Cancer Council Victoria (2012) and in 2018, the Jeannie Ferris Recognition Award in Gynaecological Cancer from Cancer Australia. She is a Fellow of the Australian Academy of Health and Medical Sciences.

Dr Craig Underhill is the Clinical Director of Cancer Services at Albury Wodonga Health and Hume Regional Cancer Service Border East, has a conjoint appointment as a Senior Lecturer with the University of NSW Rural Clinical School Albury, Honorary appointment at Royal Melbourne Hospital as Associate Medical Oncologist, is Chair and Cancer Advisor Cancer Executive Committee, Murrumbidgee Local Health Network, and the Regional Oncology Lead with the Victorian Comprehensive Cancer Centre. Dr Underhill completed his Bachelor of Medicine and Surgery in 1987 at Melbourne University. He became a Fellow of the Royal Australasian College of Physicians in 1997, in the mid 90’s Dr Underhill worked as the Senior Clinical Research Registrar at Guy’s Hospital, London and the Peter MacCallum Cancer Institute Melbourne.

In 1999 Dr Underhill was the founding partner in the Medical Oncology Practice (Border Medical Oncology) and established a Clinical Trials Unit (Border Medical Oncology Research Unit), has VMO appointments at Albury Wodonga Health ( Albury and Wodonga Campuses) Murray Valley Private Hospital, and Albury-Wodonga Private Hospital. The research Unit lead by Dr Underhill has twice been awarded NSW Premier’s Award for Innovation in Cancer Clinical Trials and chaired a working party that was instrumental in securing $65 million in federal funding for the Albury Wodonga Regional Cancer Centre, which opened in 2016.

Dr Underhill has developed partnerships with the private sector to improve access to cancer services and fostered shared care arrangements between local public and private health care providers,  has also built linkages and referral pathways between metropolitan and regional centres as evidenced by the development of multidisciplinary meetings. His achievements in research collaborations have led to changes in practice in the care of patients with cancer, including the introduction of new standards and models of care.

With over 25 years of experience in the biopharmaceuticals and healthcare sector, Michelle is an award-winning and recognised leader in the Australian health innovation industries and currently CEO of an ASX listed health technology company, Opyl Limited.

For the past 15 years Michelle has worked at an executive level in biopharma industry and national medical research initiatives with experience in scale strategy, financial governance, marketing and data/digital transformation. Michelle holds an allied health qualification in applied science from La Trobe University, a Postgraduate Diploma in Business from RMIT and a Global Executive MBA from Monash University.

Michelle has served on numerous government and health industry advisory boards and committees, currently serving as a NED on the boards of Praxis Australia, Medtech Actuator and the lifesciences executive committee of Springboard Enterprises Australia. Michelle is also co-founder and co-chair of Women in STEMM Australia, Telstra Victorian Business Woman of the Year and Entrepreneur of the Year in 2017 and was inducted into the Victorian Honour Roll for Women in 2018 for her services to the biotech industry and women in STEMM. Michelle is a GAICD and FAIM.

Colin joined the CTA Board in June 2015.

Colin is a current member of the Aust & NZ Inst of Chartered Accountants and owns a consulting practice offering strategic and financial services to the healthcare sector.

Colin is a “Big 4” trained Chartered Accountant, graduated from the University of Cape Town and gaining his CA (SA) membership. He obtained his Australian ACA accreditation in 1983.

Colin has extensive commercial and technical experience across a broad range of national and global companies. The last 25 years have been spent in the Healthcare space with companies such as Ipsen, Kendle (now INC Research ) , Medisence (Abbott Labs), holding Financial Director and Board positions in these and other organisations.

Tim Murphy is currently the General Manager of Blood Cancer Partnerships at the Leukaemia Foundation. A politically astute executive with extensive experience working with both the C-suite and Boardroom to manage corporate issues in regulated environments. Tim has demonstrated leadership ability in creating corporate vision and the accomplishment of goals through the motivation and direction of others. Tim has broad local and international experience in effective stakeholder engagement and political advocacy, with a strong background in high growth, merger, consolidation, and downsizing global and national businesses. His expertise crosses multiple sectors, including healthcare.

Tim’s a passionate strategic thinker who develops high performing teams and works cross-functionally to ensure the long-term viability of organisations. Tim is a Fellow of the Australian Institute of Company Directors, and has a Bachelor of Science (Hons) and a Master of Marketing from Melbourne Business School.

Kurt has a PhD in chemistry, MBA from Melbourne Business School, is a graduate of the Australian Institute of Company Directors, and a member of the Licensing Executives Society of Australia and New Zealand, AusBiotech and the NHMRC Research Translation Faculty.